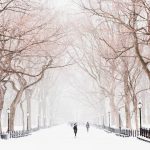 Well, no sooner had 2021 begun that our eager thoughts turned towards new TV series and movie releases, in the meantime, summing up the results of the previous year. Let us highlight the most remarkable TV releases that you might have missed due to the New Year’s turmoil.

An American remake (there is also an Indian one) based on the popular Israeli TV series about mental anguish of a judge from New Orleans. The son of the protagonist driving a car runs over a boy, and leaves the accident scene allowing him to bleed out on the street. Following this, Judge Desiato is forced to make a tough choice: either to defend his son with all his might using his unique knowledge of law or to stand guard over justice he devoted his whole life to. The situation is compounded by the fact that the victim belonged to a local criminal clan.

The key reason to watch “Your Honor” drama series is undoubtedly Brian Cranston, first starring in this television project after seven years’ hiatus (since ‘Breaking Bad’ final episodes). The executive producers of  ‘Your Honor’ are Michelle and Robert Kings who gave us such excellent court series as ‘The Good Wife’ and ‘The Good Fight’.

Despite the fact that ‘Your Honor’ failed to gain the expected high ratings, how can one deny the pleasure of sitting back and enjoying yet another marvelous acting work of the great Bryan Cranston?

Netflix streaming service, however, invites us to watch something very exotic. The platform continues to work with foreign studios, and this time it presents us a screen version of the Japanese manga ‘Alice in Borderland’.

The entire new series were filmed in Japan invoking the efforts of local filmmakers only: actors, screenwriters, directors and the whole cast and crew are originating from the Land of the Rising Sun.

The main character, a teenage boy named Arisu, suddenly finds himself, together with his friends, in some strange, parallel version of Tokyo: the metropolis turns out to be empty and the guy now destined to survive participating in a certain deadly game. ‘Alice in Borderland’ is a gripping TV series full of mysteries and cliffhangers, plus it was released on the same day. And if these episodes will not be enough for your 100% satisfaction and you’ll long for more fantastic adventures, here’s the good news: “Netflix” renews ‘Alice in Borderland’ for a second season.

In December, Amazon Prime released a very specific series called ‘The Wilds’, a story about eight teenage girls who find themselves on a desert island. The girls flew to the Dawn of Eve women’s seminar which was supposed to take place in Hawaii, but the plane crashed and they got stranded on an island in the middle of the ocean.

The idea of the ‘The Wilds’ is not only to revive the covenants of the cult ‘Lost’ TV series but also to start a conversation on quite relevant topics including feminism, sexual violence and the place of a woman in the contemporary world.  And let’s not forget that the series’ producers made sure to create a plot full of exciting scenes and unexpected turns.

It is particularly appreciated that every actress tries to fully disclose the character even though for some of them ‘The Wilds’ became their debut on television. The girls play beautifully, fully reflecting the characters created for them by the authors of the script and making ‘The Wilds’ a curious fusion of teenage drama and a survival story interlaced with conspiracy theories.

The series has been praised by critics, and Amazon has already renewed ‘The Wilds’ for the second season.

‘The Stand’ has become the second attempt to transfer one of the longest novels by Stephen King to television since the 1994 mini-series.

‘The Stand’ Series tells us about a new man-made virus which spreads around the world causing the extinction of 99% of the world’s population. Survivors stray into groups and found the so-called ‘contrarian cities’ within the territory of the former United States. One of them – with the good residents united – is based in the city of Boulder. “Bad” people are convoked to Las Vegas by the ‘living embodiment of evil’, “black man” Randall Flagg. The key idea of the new series is built on the stories of survival and confrontation.

The TV show reshapes the storyline of the novel: instead of a direct chronology as in the book (from the first infection to an open conflict with Flagg) the series start right from the middle cutting the backstory into flashbacks. For this reason, the first episodes are scolded by critics: too complex way of presenting the plot and confusing stories. Viewers also point out weak casting decisions made by ‘The Stand’ producers.

But there’s a hope that the following series will eventually improve the whole picture as the final episodes are scheduled to release only on February. In any case, it’s worth evaluating ‘The Stand’ yourself and drawing your own conclusions.

By the way, Stephen King rewrote the ending of the novel for the series, so we’ll be able to find out how the story unveils only in February 2021.

Here is another release of the Asian series from Netflix: this time, it’s a Korean horror series named ‘Sweet Home’. Based on the eponymous ‘manhwa’ (which is the Korean analogue of ‘manga’), ten-episode series shift us to the inhabitants of  multi-apartment building around which the apocalyptic events evolve. A crowd consisting of a people turned into monsters, besieges the barricaded residents. Inside the residential complex the picture is also not so well-defined: conflicting characters can’t reach an agreement, lose their wits and gradually transform to monsters.

For the audiences that admire high-budget Western TV series, ‘Sweet Home’ will seem to be a definite shock as there is a completely different style of acting, foul way of narrating, and the monsters at first look terribly cheap.

However, soon you get used to it and realize that these plastic monsters turn out to be very scary and everything turns into a kind of hellish sticky nightmare.   Nevertheless, Netflix’s viewers liked ‘Sweet Home’ series but the streaming giant is in no hurry to announce a likely sequel although the final episode of the first season explicitly hints at it.

Legendary TV producer Shonda Rhimes in collaboration with the Netflix Online Cinema presented to the audience the atmosphere saturated with swanky costumes and indescribably beautiful interiors, melodrama based on a series of Julia Queen’s romance novels. We keep following the story arcs of a quite numerous Bridgerton family, the ups-and-downs of its characters. In ‘Bridgerton’ the intensity of everything is jacked up to the maximum, no matter if it is a palette or a costume, a variety of characters or intensity of emotions.

And now it’s time to say goodbye to the rabid Gallagher family from South Chicago. For ten years, our beloved hooligans have survived, squandered, suffered, and made us fall in love with them. Since then, the children have grown up, have become parents themselves and chosen their own life paths.

The 11th season of ‘Shameless’ will be the final one of this wonderful and, by the way, almost not sagging in ten years, series. The Gallagher family will fight lockdown, coronavirus, gentrification and themselves. We hope that the showrunners have prepared for our favorite heroes a competent ending to their storylines. If you haven’t watched Shameless, be sure to start with the very first season: this is a rare example of how the series retains its fieriness and quality throughout its long existence.

The third that is the final season of the uncompromising and very bloody adventures of a former cop Jim Worth (and his alcoholic alter ego Jack Devlin). After a brutal series of events of the past two seasons in Canada, where Worth took a job as a sheriff, the protagonist returns to the UK. He needs to understand what drove him so far from his homeland. His family overcomes internal conflicts and accompanies Worth. He can now rely on his wife Angela and his daughter Anna. Together they are stronger but this family is already having a very hard time.

Why is it worth watching TV series that is not in the ‘top famous’ list? Of course, because of Tim Roth who played the main role bringing to life a very controversial but utterly intriguing character. His Worth/Devlin is a real demon, an extremely dangerous man. It seems that Tim Roth invested all the devilish essence of his immense talent in this remarkable character.

Unlike the two previous series, the TV series ‘Pennyworth’ is not ready to wave goodbye to the audience: it’s only gaining momentum.

The highly controversial idea to make a series about the adventures of the young Batman’s butler was a success. Showrunner Bruno Heller (who, by the way, also shot Gotham) decided to forget about caricatured superheroes and tell us the story of criminal London from some parallel world. Non-obvious casting solutions work, the atmosphere is wonderful, and a competent level of cruelty, violence and pathos is present. Of course, ‘Pennyworth’ resembles the aforementioned ‘Gotham’, without becoming, however, a copy of these series graphic novels. We should also mention the beautiful Jason Flemyng as Lord Harwood and the extravagant villainess Bet Sykes, played by the singer Paloma Faith.

In the new season we will also see the wonderful James Purefoy. He will portray Captain Troy, a former commander Alfred Pennyworth.

The new season based on the James Corey novel series is arguably the best sci-fi series of the decade. For five seasons, showrunners tell about the world of the future where people have settled in the Solar system. However, the distance has divided humanity into three opposing sides: Earthlings, Mars colonists, and inhabitants of the Asteroid Belt. Difficult relations are aggravated when a certain “proto-molecule” enters the Solar system posing a danger to all living things.

In the previous seasons the Rocinante spaceship team could sort out the problem of the proto-molecule somehow, the Solar system is once again on the verge of a global war that could destroy all of humanity. The Asteroid Belt’s admiral Marco Inaros wants to initiate this epic-sized space bloodshed.

As before, exciting battles in cosmic voids, difficult moral dilemmas and the return of our favorite heroes are all to be expected in this new season.  Meanwhile, Amazon Prime has renewed the series for the sixth season, which, however, will be the series’ final.

And another series that comes to its end. This time, it’s a teenage mystical TV show about a young witch performed by the charismatic Kiernan Shipka.

For three seasons we’ve been watching Sabrina study at the Academy of Invisible Sciences, the girl’s improvement as a witch, her descent into Hell, unlucky love stories, her ups and downs. And now we should bid farewell to since we will have as many as eight episodes for this. Over the course of these episodes, Sabrina will probably have the most difficult magical battle: this time, the girl will confront the Void itself. It is curious that the showrunner of the series Roberto Aguirre-Sacasa has prepared several unexpected meetings for Sabrina that will surprise even the most prepared viewers.

The final fourth season of Sabrina’s Chilling Adventures comes out on the very last day of the year. So let’s hope that by finishing this series we will leave all the devilry of 2020 behind. We need to look to the future with hope as new bright moments of life are filled with delight; and, of course, new luxurious TV series are already lining up in front of us.