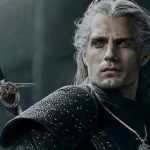 Netflix hit series The Witcher has resumed filming on its second season a few days earlier than expected.

Production on the series was shut down in March due to the coronavirus pandemic, and last month Netflix announced that the second season would begin filming again on August 17.

But it looks like the cast and crew are ahead of schedule as director Stephen Surjik shared a photo of the show’s new “covid communication system” on his Instagram page on Wednesday (August 13), revealing that filming has already resumed .

Surjik captioned the post: “It’s T minus 3 min to ignition and lift off for our second run at Witcher S2. Everyone is being cautious but spirits are high.

Earlier this month, Surjik shared another update with fans on Twitter, posting a photo of himself and showrunner Lauren Schmidt Hissrich “learning to social distance”.

“First day back after mid spring lock down on Witcher S2. Learning to social distance with my show runner /Exec producer, Lauren Schmidt Hissrich,” Surjik told fans. “She can conjure narrative and character with a muscular control like the great Houdini.”

Hissrich has also shared a photo of herself on set and joked that her son hadn’t recognised her while she was wearing the recommended PPE.

Meanwhile, thanks to the huge success of The Witcher’s first season, Netflix announced last month that a six-part prequel series is in the works.

Titled Blood Origin, the official synopsis reads: “Set in an elven world 1200 years before the world of The Witcher, Blood Origin will tell a story lost to time – the origin of the very first Witcher, and the events that lead to the pivotal ‘conjunction of the spheres’, when the worlds of monsters, men and elves merged to become one.”