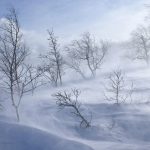 It is generally believed that winter months are always the leanest with TV premieres, and even the limited number of them traditionally released right on New Year’s Eve. Besides, as February is considered to be ‘a silent season’, it is usually the perfect time to finish watching all the movies that came out earlier. Even so, we’d like to present you a bunch of this winter’s end premieres and despite the seeming lull a couple of new products definitely deserve your attention.

A screen adaptation of eponymous novel written by Kristin Hannah tells us about two women’s true friendship carried throughout the years.
Tully and Kate first met at school when they were both fourteen years old. The girls made friends easily and as they grew older their friendship grew stronger with them.
The series “Firefly Lane” depicts not only joyful and carefree Kate and Tully’s early days but also challenges of their friendship decades later. Tully now is a tough journalist and host of a popular TV show. Kate, on the other hand, is an unassuming housewife going through a stressful divorce. But despite the fact that women lead such different lifeways, despite all that jealousy, hurt, anger, and even betrayal, Tully and Kate survive it all proving to the world that their pact of forever friendship once sealed is inseparable for good.

Starring Katherine Heigl and Sarah Chalke known for their leading roles in medical drama series of the 2000s ‘Grey’s Anatomy’ and ‘Scrubs’.
Well, even if “Firefly Lane” is not a straight shoot for the stars, it’s a very cozy, touching series about the magic of friendship and devotion which definitely proved a right to exist.

Let’s relocate from native still covered with snow landscapes to Brazil where the mystical fantasy series “Invisible City”, a new international project of the Netflix platform, takes place.
The protagonist of ‘’Invisible City’’ Eric is an environmental police officer who being caught in the middle of mysterious circumstances and supernatural events comes to conclusion that the characters of Brazilian mythology are completely real. Step by step, Eric delves deeper into the mystical world of spirits embroiling us with him and at some point we find ourselves surrounded by such mythological creatures as Cuca, Curupira, Saci and others.
The creator of this series Carlos Saldanha is better known as the director of animated films for kids: two parts of ‘Rio’ and three first parts of the legendary ‘Ice Age’.

Focusing on an ecological agenda, the series “Invisible City” can also be an immersion for the viewers to discover the dark corners of Brazilian mythology and folklore, almost unrevealed before. After all, it’s a great opportunity to embark on a thrilling journey to an exotic country while most of real-world borders are being closed.

The CBS Channel offers us a modern version of its own late-80s TV series about Robert McCall, an urban avenger and defender of all the humiliated and insulted; but this time the authors decide to take a daring (not revolutionary though) step and change the gender of the title character. Now, to equalize the justice on the streets, instead of the brutal man Robert McCall appears the enigmatic lady Robyn McCall played by the actress-singer Queen Latifah. While raising a teenage daughter Delilah, Robyn and her companions pursue lawbreakers who escaped justice and help those who have no one else to turn to.

Even if it is not the most mind-blowing multi-part crime action, it can definitely ‘equalize’ an evening or two in anticipation of the coming top premieres of spring.

Gaining the laurels and glory of films about Hannibal Lecter inspire TV series creators to make new versions. A three-season TV show about a psychiatrist and cannibalistic serial killer has already thundered, and now the CBS channel is releasing “Clarice”. This series is about Clarice Starling, the character who even a completely ignorant person associates with Jodie Foster.
The new series is a sort of sequel to ‘The Silence of The Lambs’ as the events of it take place in about one year after the cult thriller finale. One of the showrunners of “Clarice” is Alex Kurtzman who began his television career with ‘Hercules’ and ‘Xena’, and the lead star, Rebecca Breeds, featured earlier in ‘The Originals’ and ‘Pretty Little Liars’ TV series.
In “Clarice”, alongside with the separate stories on different maniacs caught by FBI agent Clarice Starling, one cross-cutting storyline flows over from one episode to another.

In general, “Clarice” is a quite thrilling series. However, it doesn’t reach the sky-high levels of the classic “Silence of The Lambs” and the impeccable visuals of the “Hannibal” TV series. But try to isolate “Clarice” from those eminent predecessors, and watch it as totally new series. Then it would be much more exciting. It is full of intriguing riddles and rather impressive visuals that perfectly capture the spirit and style of the 1990s.
It should be noted that Hannibal Lecter doesn’t appear, implied or mentioned in this series: the producers of “Clarice” even don’t have the right to use his name.

Let’s mix up the thrillers list with a comedy. One of the highest-paid actors in the world (and a wrestler in the past, as we remember) Dwayne Johnson decided to share the stories about his childhood with us. Of course, the plot is cleaned up a bit and sugarcoated with some fictions, but as ‘The Rock’ himself affirms: there is a lot of truth in this comedy series.
Dwayne is ten years old and he starts making plans for the future. Although the choice of the boy’s career is quite obvious as his father is the famous wrestler Rocky Johnson.

As it was expected, Dwayne himself became the producer of the comedy series, and for the showrunner position of “Young Rock” he invited Nahnatchka Khan who shot once in the past hilarious TV show “Don’t Trust the B—- in Apartment 23”.
Only a few episodes of “Young Rock” have been released since February 11 and it is too early to draw conclusions about the quality of this comedy series, but the first reviews from critics are quite favorable. We invite you to watch “Young Rock” series and to form your own opinion.

Back to the Netflix again, and back to another film adaptation. This time, by request of the streaming giant, British TV crew has embarked on a rather fresh novel of English writer Sarah Pinborough.

Louise is a young woman who works as a secretary. And as it’s often the case, she falls in love with her new boss David. A sudden romance changes Louise’s life but things get even more complicated when once she gets close with Adele, David’s wife. Every day the situation within this triangle becomes more and more unpredictable, Louise fails to understand what to do. And this is only the beginning: the viewer doesn’t imagine how this tangled story will end.
The series “Behind Her Eyes” perfectly combines intrigue, excellent actors’ acting and luxurious atmosphere of the story. Despite the fact that this TV series came out without any promotional support, it is gaining popularity among audience, gets new fans, and slowly but surely captures new horizons on its way to become a real hit.

Service “Netflix” continues its successful tandems with European producers, and “Tribes of Europa” is the new series from the producers of the iconic saga “Dark” Quirin Berg and Max Wiedemann. This time the viewer is supposed to take another leap into an equally bleak future.
Due to a strange techno-cataclysm, the civilization has fallen into decay, and 2073 meets us with new European Middle Ages. Large states have fallen apart and there is no Germany, France or Italy any longer. The ruthless new world forces people to unite into small tribes in order to survive on the ruins of the good old Europe.

One day, the Origin tribe, which has taken refuge in the virgin forests, witnesses a flying object crashing into the thicket. When the scouts arrive at the crash site, they find a dying pilot and a strange cube. The good Origins want to help the pilot, but the cruel Crows (another European tribe) intervene and a new war is about to begin. Military conflicts in the new world are commonplace, but this one can change the whole new Europa’s destiny.

‘The CW’ is expanding its library with new TV series based on the comics books of “DC” publisher. This is already the seventh Sci-Fi TV show to enter the so-called ‘Arrowverse’ (this year ‘The CW’ announced to launch two more).
The series “Superman and Lois”, as you might easily guess, tells about the life and adventures of that very famous hero and his beloved Lois, Metropolis’ famous journalist.
Clark Kent (aka Superman, aka Kal-El) and his wife Lois Lane move for Smallville where they try to lead a quiet, cozy life with two sons, one of whom inherited superpowers from his father. But it is obvious that the pastoral is not for the Superhero and his chosen one.

The new Superman is actor Tyler Hoechlin, who, by the way, has already appeared in ‘Arrowverse’ several times in this image.
All in all, “Superman and Lois” is a series for fans of the superhero TV show from ‘The CW Television Network’: not very expensive, without much experimentation, though made with heart and for the devoted fans.

The third season of an intriguing series about an unorthodox forensic pathologist Dr. Harrow from sunny Brisbane is back on our screens. Dr. Daniel Harrow leads a rather hedonistic life, helping the police in investigating the toughest cases and at the same time fighting the ghosts of the past.
Even if on some level, this Australian series follows quite trivial detective schemes and patterns, it is worth noting that the audience will be rewarded with acting of a brilliant, charismatic actor Ioan Gruffudd as well as with stunning sceneries of exotic nature of the Green Continent.

One of the flagship projects of the online service “Apple TV+” presents the second season of “For All Mankind” TV series with a standout plot in the genre of alternate history.
It all starts with the fact that in alternative 1969 not Neil Armstrong but Soviet cosmonaut Alexei Leonov successfully landed on the Moon surface. The United States is defeated once again in the space race and want to take revenge. And there’s no going back!
In the second season of the series “For All Mankind” the action is transported ten years later in 1983 where the audience goes on monitoring the development of the Moon. The entire main cast remains unchanged in the new episodes including the leading actor Joel Kinnaman.

The new season of the multi-part crime drama takes us back again to the past of Los Angeles. In the early 80s, new cheap cocaine called ‘crack’ flooded the black market and hit the streets of L.A. causing an incredible rising in crime. The series revolves around the first crack epidemic and its impact on the culture of the city. It was a new drug that changed the game forever.
In the fourth season of “Snowfall” TV series the authors go on examining the beginnings of the crack cocaine epidemic in Los Angeles.

Hope we’ve given you enough information about TV premieres in February 2021, and despite a seeming lack of new products, you can always find something interesting. Guess this March will bring us new great releases. Until next time, let’s enjoy the warm spring coming! 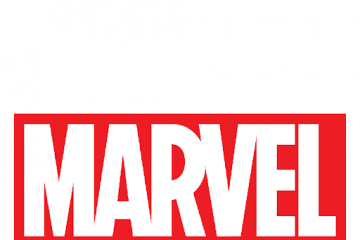