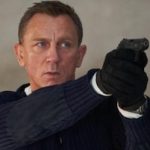 Could No Time to Die actually head to a streaming service in the near future? Despite the recent push of the next James Bond feature to April 2021, it’s unclear what the theatrical landscape will look like in the coming months. Will audiences be returning to theaters in pre-pandemic quantities, thus helping to revive the box office and ensure financial success for studios? Or is it a safer bet to go the streaming route and offer up this big tentpole release for a premium price, as we saw with Disney’s live-action Mulan and its move to Disney+ Premier Access? For No Time to Die, a movie that cost around $250 million to make and relies on premium marketing partnerships with brands like Omega and Heineken to help get folks to buy tickets, the method of release is paramount.

Per a report from Variety (first reported on Bloomberg), it seems a sale for No Time to Die to a streaming service was explored at one point in recent months by MGM. Names like Apple and Netflix are included in Variety’s report of interested parties, but it’s unclear whether talks for a sale were ever initiated at either of those streamers or another streaming service. Similarly unclear is whether James Bond producers Barbara Broccoli and Michael G. Wilson, who control the rights via Eon Productions, would need to sign off on such a sale.

Equally, if not more, intriguing is Variety’s mention that MGM was reportedly looking to sell No Time to Die for $600 million. Yes, you read that correctly: $600 million. It’s a lucrative, jaw-dropping number, to be sure, especially considering it likely only pertains to No Time to Die and may not include any other special goodies like, say, rights to the James Bond character. MGM representatives rejected any possibility of No Time to Die going to a streamer, however, telling Variety, “We do not comment on rumors. The film is not for sale. The film’s release has been postponed until April 2021 in order to preserve the theatrical experience for moviegoers.”

MGM’s commitment to ensuring No Time to Die gets a theatrical release is admirable, but how long can the studio maintain this course of action. When No Time to Die experienced its first release date delay (pushed from April 10 to November 25, 2020) at the start of the coronavirus pandemic, it was the first major tentpole to do so. MGM took a $30 to $50 million hit as a result of that decision. Now, with No Time to Die‘s release date once again pushed from November 2020 to April 2021, making that money back and then some is of the utmost importance; sending it to streaming means taking a hit in potential revenue for MGM and its marketing partnerships. So, it makes sense that MGM would hold fast to its plans for theatrical release and, to some implicit extent, hold out hope that audiences return to theaters in the new year and help No Time to Die get the box office receipts it needs for success.

Then again, the cachet of the James Bond franchise as well as No Time to Die serving as current 007 Daniel Craig‘s final outing as the suave spy means the audience interest is there. Putting it on a high-profile streamer like Apple TV+, Netflix, or even Amazon Prime Video are strong options. In past months, Apple TV+ acquired Tom Hanks drama Greyhound, Netflix picked up The Trial of the Chicago 7 from Paramount, and Amazon recently secured Coming 2 America, also from Paramount. Sending No Time to Die to a major streamer and even charging a higher price to watch is a viable option if sending No Time to Die to theaters looks more tenuous in the coming months. Streamers will soon need new titles to add to their lineups and No Time to Die is exactly the kind of title that would be a boon to any service.