The Most Anticipated TV Shows Premiered in November 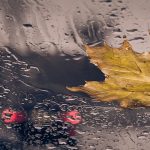 The Most Anticipated TV Shows Premiered in November

So, winter has arrived and the Christmas holidays are about to begin! Soon we will be summing up the results of the outgoing year and hope that all the best will happen in 2021. However, let’s talk about the TV Shows that was premiered in November. The last month of the fall is traditionally the quiet part of the television season, with all of the biggest premieres taking place in September and January. However, there are several TV series released in the last few weeks that deserve your attention.

Let’s start with something exotic: Netflix has unveiled the Egyptian science fiction series “Paranormal”, a new product as part of its international collaboration.

Doctor Refaat Ismail, the protagonist of the TV show, is suddenly confronted with anomalous events that cannot be explained by science.

Set in 1969, the “Paranormal” TV series not only impresses with its cute retro vibe, but also opens up to the world the works of Ahmed Khaled Tawfiq, the most famous Arab science fiction writer whose books were took as a basis for the script of the TV show. Now, with six episodes each dedicated to a separate anomalous incident, this television series – if renewed for a new season – has room for further development as the original cycle contains 80 books in total.

A TV series about the beginning of the great Roman Empire was released by Italian showrunners. This series tells the story of the legendary Romulus who – according to myths – was raised by a she-wolf along with his brother Rem on the banks of the Tiber River. If the legends are true, it was Romulus who was the founder of the eternal Rome, the city to which he gave his own name. Three eyewitnesses in front of whom a great future state begins are the main characters of the new TV show. Until Rome is erected, all the actions of the television series take place on the lands of the Latin Union with the city of Alba Longa at the head.

In an effort to restore as thoroughly as possible the era leading up to the dawn of Rome, leading Italian archaeologists and historians took part in the development of the “Romulus” TV show. It is noteworthy that the main characters of the television series speak the Latin version of the 8th century BC.

A Teacher – Premiered on November 10

Claire, a middle school teacher, once started dating Eric, her own student.

Exploring the motives of the main characters, the new TV drama tells a very sensitive story of a relationship. Why is a mature woman trying to build a serious relationship with a young man who is more than twice her age? Why is a teenager interested not in peers, but in a lady, who seems to his classmates almost an old woman? Flirting and sexual encounters are followed by addictions, tantrums and fears of exposure. All this – with imitation of shooting with a manual camera – creates the feeling that you are becoming a direct witness to what is happening on the screen.

“A Teacher” TV show was based on the movie of the same name released in 2013. Hannah Fidel, the original director, is the showrunner of the new TV project. Kate Mara, known to viewers for her roles in “127 Hours”, “House of Cards”, “Pose”, played the role of a teacher, while Nick Robinson, a young actor gaining popularity, played a student.

Although “A Teacher” has received mixed reviews, we invite you to form your own opinion on the merits of this drama.

On a highway in Montana, the “Big Sky Country”, two sisters went missing – and this is not the only case of disappearances in the vicinity. Although a whole team of private detectives are busy looking for the missing girls, the chances of finding Grace and Daniel alive are diminishing by the hour.

Why should you watch “Big Sky” TV show? There are several reasons for this. First, the TV series was based on a novel by CJ Box, an American author of popular thrillers. The novel series about private detective Cassie Dewell has four books – so, “Big Sky” has a strong literary source for the case it will be renewed.

Secondly, Ryan Philip, the star of the late 1990s who rarely gets into popular television and cinema projects today, is one of the leading roles in TV shows.

Thirdly, “Big Sky” is interesting in that it is a television series from the era of the coronavirus pandemic. After announcing the serial thriller in January 2020, the studio began filming the TV show only in August, with the production of the TV series running in parallel with the release of new episodes. Although “Big Sky” is set in Montana, filming has been relocated to Canada where there are more liberal rules for filmmakers.

“Black Narcissus” TV series is a new adaptation of the novel by Rumer Godden, which tells the story of British nuns who went to Tibet to bring the light of their religion there. Since the TV show was filmed in the Himalayas six months before the start of the coronavirus pandemic, viewers who miss travel will appreciate the magnificent landscape of Tibet filmed by director Charlotte Bruus, previously known for her camera work.

However, “Black Narcissus,” starring Gemma Arterton, a wonderful action-movie actress, is a drama with a complex plot first. The television series also stars Jim Broadbent and Diana Rigg. The latter is well known as the girlfriend of Agent 007 and recently bathed in glory again thanks to the role of the insidious Olenna Tyrell in “Game of Thrones”. Unfortunately, this role was the last for Rigg, since the wonderful actress passed away on September 10, 2020.

The Flight Attendant – Premiered on November 26

A flight attendant Cassie got into an unpleasant story – in the morning after a passionate night in a hotel with a handsome man, she discovers it corpse in her bed. Although Cassie escaped the scene of the crime, FBI agents quickly tracked her down – at first, she goes through the case as a witness. The flight attendant, who does not understand anything, panics, as she assumes that she herself may be the killer.

The first three episodes of the TV show were released on November 26, 2020 on the HBO Max streaming platform, with an intriguing twist in episode three. Now, each new episode will be aired once a week. The first three episodes were highly praised by both viewers and critics, as evidenced by the high ratings of the television series on film review websites.

Kaley Cuoco, the actress who portrays Penny in “The Big Bang Theory”, is the star of the TV show whose next appearance on TV is a lure for viewers. According to the actress’s recent statements, she does not expect the role in the same successful television projects – like Penny in the cult sitcom – in her filmography in the near future. So, the actress has the right to choose projects for participation herself, for example the current “The Flight Attendant”.

TV Series Which Was Renewed

His Dark Materials – Premiered on November 8

The most high-budget fantasy series of the British TV channel with its excellent actors, very beautiful shots and an exciting plot is back on TV screens.

The girl Lyra from another realm and the boy Will from our world, the main characters of the first season, meet in the strange city of Cittàgazze in which there are no adults. The disembodied creatures guilty of the disappearance of adults cannot see children – however, they destroy all who have matured. Young heroes have a wonderful knife capable of cutting through the fragile fabric of the universe and opening portals to other realms. However, Lyra and Will cannot relax, as the Magisterium and the dangerous Mrs. Coulter follow in their footsteps.

Since the final episode with Lord Azriel, played by James McAvoy, was not filmed before the outbreak of the pandemic, the second season of the TV show contains only 7 episodes. Presumably, these scenes will be included in the plot of Season 3 as the TV series will be undoubtedly renewed.

The Crown – Premiered on November 15

The grandiose multi-part biopic about Queen Elizabeth II with a new season – which may be the most scandalous of this TV series – shows the events that took place in the 1970s. Now, the main character has two rivals for the attention of the audience, quite capable of stealing her airtime: Margaret Thatcher, the first woman in British history to become prime minister, and Lady Diana Spencer, the future daughter-in-law of Elizabeth II. It is these two characters that make the new season of the TV show worth watching. According to critics, now is the best time to start watching TV shows – and for several reasons. Firstly, Gillian Anderson surprisingly got used to the role of Margaret Thatcher: many believe that the actress even surpassed Meryl Streep herself who played the same role and won an Academy Award in 2012.

Secondly, the creators of the TV show present a completely new image of Lady Diana, which is at odds with the way we are used to seeing this historical figure. Not at all looking like a naive and simple girl, Diana Spencer perfectly understands where she ended up and does not want to give in to anyone.

Best rated by many critics, the new season of the TV show features this uncomfortable interaction of three female characters.

For Season 5, there will be a full recast, and Imelda Staunton, a great actress, will be playing the Queen. According to Peter Morgan, the showrunner of the TV project, the next season will be released several years later.