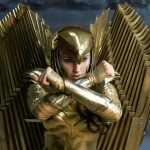 Warner Bros. has postponed the release of “Wonder Woman 1984,” the latest development in Hollywood’s rocky plans to return to the movies.

The superhero sequel starring Gal Gadot, which was expected to debut on Oct. 2, will now touch down in theaters on Dec. 25, 2020.

“Patty is an exceptional filmmaker and with ‘Wonder Woman 1984’ she has delivered an incredibly dynamic film that moviegoers of all ages around the world will absolutely love,” said Toby Emmerich, Warmer Bros. Motion Picture Group chairman. “We’re very proud of the film and look forward to bringing it to audiences for the holidays.”

Director Patty Jenkins added, “First and foremost let me say how much Gal and I love all our devoted Wonder Woman fans around the world, and your excitement for ‘WW84’ couldn’t make us happier or more eager for you to see the movie. Because I know how important it is to bring this movie to you on a big screen when all of us can share the experience together, I’m hopeful you won’t mind waiting just a little bit longer. With the new date on Christmas Day, we can’t wait to spend the holidays with you!”

Warner Bros. recently took a risk in releasing “Tenet” on the big screen, marking the first major blockbuster to debut since movie theaters closed in March due to the pandemic. The $200 million-budgeted film, from director Christopher Nolan, launched over Labor Day weekend in the U.S. to a muted $20 million. The studio was presumably waiting to assess domestic ticket sales for “Tenet” before making a decision about moving “Wonder Woman.”

With the delay of “Wonder Woman 1984,” “Tenet” won’t face much competition among ticket buyers and could see a boost in sales in the coming weeks. For now, Disney and Marvel’s comic book adventure “Black Widow” on Nov. 6 is the next major film on calendars. In the meantime, smaller movies like Sony’s romantic comedy “The Broken Hearts Gallery” plan to open this weekend.

Denis Villeneuve’s sci-fi epic “Dune,” also from Warner Bros., is still slated to open on Dec. 18, a week prior to “Wonder Woman 1984.” But there’s a good chance that film — starring Timothee Chalamet, Oscar Isaac and Zendaya — will be pushed into 2021 to avoid clashing for attention from audiences. When the first “Dune” trailer dropped earlier this week, it conspicuously lacked a release date.