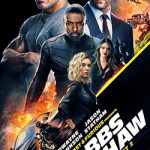 The central “Fast and Furious” franchise will come to a conclusion after the 10th and 11th films, Variety has confirmed. Justin Lin, who directed the third, fourth, fifth, sixth and ninth “Fast and Furious” films, will return to direct the final two installments and drive the franchise to the finish line after over two decades in theaters.

This does not, however, necessarily mean that the “Fast and Furious” cinematic universe is coming to an end. While the core storyline following Vin Diesel’s Dominic Toretto and his family of fellow car-enthusiasts-turned-thieves-turned-physics-defying-superheroes will conclude after Lin directs the 11th installment, spin-off movies based on “Fast and Furious” characters are currently in development at Universal.

The first of those endeavors, the creatively titled “Fast & Furious Presents: Hobbs & Shaw” starring Dwayne Johnson and Jason Statham, opened in 2019 and grossed over $759 million worldwide. Just $174 million of that total came from theaters in the U.S. and Canada, underlining just how crucial international grosses have become for this franchise especially. The highest grossing film in the franchise, 2015’s “Furious 7,” made $1.16 billion from foreign grosses alone, and made more in China ($390.9 million) than it did from domestic grosses ($353 million).

The latest film in the main “Fast & Furious” series, the tersely titled “F9,” was originally supposed to debut earlier this year, but Universal pushed the project to Memorial Day 2021 in the wake of the COVID-19 pandemic.

“F9” is the best example yet of one of the most enduring accomplishments of the “Fast & Furious” movies, which launched in 2001 starring the late Paul Walker as an undercover cop infiltrating a band of criminals led by Diesel’s Dom. Since that film became a surprise sensation, the “Fast and Furious” movies have boasted easily the most racially and ethnically diverse casts in Hollywood history, especially for a global film franchise — and pre-dating similar efforts by Disney and Warner Bros.’ comic book universes to expand beyond the standard white male heroes.