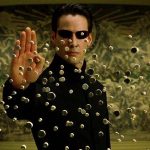 Dune, The Suicide Squad, The Matrix 4, and more highly anticipated 2021 films will release simultaneously in theaters and on HBO Max.

Warner Bros. made the industry-changing announcement in a blog post, with the studio detailing how its entire 2021 slate of movies will debut on streaming at the same time as in theaters. This is an unprecedented move as studios are normally expected to have a cinema-exclusive period before anything can reach streaming services or be released on DVD/Blu-ray. However, following news that Wonder Woman 1984 will release on HBO Max on the same day as reaching the big-screen, Warner Bros. has decided to go all-out on that approach.

The affected movies include Denis Villeneuve’s Dune, The Suicide Squad, the Sopranos prequel film The Many Saints of Newark, The Matrix 4, Godzilla vs. Kong, and Mortal Kombat. Additionally Judas and the Black Messiah, the live-action remake of Tom and Jerry, Angelina Jolie’s Those Who Wish Me Dead, The Conjuring: The Devil Made Me Do It, Space Jam: A New Legacy, Reminiscence with Hugh Jackman, James Wan’s Malignant, and the Will Smith sports drama King Richard. These will all debut on HBO Max at the same time as they reach theaters, according to Variety.

The decision was made due to the ongoing COVID-19 situation, which has meant that many theaters have remained shut for some months.

“With this unique one-year plan, we can support our partners in exhibition with a steady pipeline of world-class films, while also giving moviegoers who may not have access to theaters or aren’t quite ready to go back to the movies the chance to see our amazing 2021 films,” WarnerMedia chair and CEO Ann Sarnoff said.

“We see it as a win-win for film lovers and exhibitors, and we’re extremely grateful to our filmmaking partners for working with us on this innovative response to these circumstances.”

All Warner Bros. releases will be available for 31 days on streaming before leaving HBO Max. From there, they will remain in theaters until they recieve a traditional home entertainment release. It will be the same situation with Wonder Woman 1984 come December 25. Here’s to the inevitable drunk Dune viewing I will be subjecting my visitors to for an entire month. Find out more about the upcoming movies slate with our movie release dates schedule.