When ‘Game of Thrones’ Ended, HBO Lost Half Its Viewers 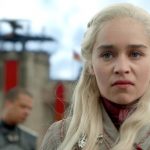 When ‘Game of Thrones’ Ended, HBO Lost Half Its Viewers

A new report reveals that HBO lost more than half of their key demographic after Game of Thrones came to an end.

HBO lost more than half of their adult viewers after Game of Thrones came to an end. The hit series, which is based on George R.R. Martin’s A Song of Ice and Fire novels, became a cultural phenomenon over the course of its 8 seasons on HBO. The quality in the early seasons was unparalleled, though more than a few Game of Thrones fans will admit that some of the quality fell off by the time the show got into its later seasons.

Game of Thrones helped propel HBO to new heights as it became one of the most-watched networks in North America. According to a new report, the network saw a lot of people leave after Game of Thrones season 8 ended. 12 million people tuned in to see the series finale and then apparently stopped watching HBO. The network reportedly lost 51% of its adult audiences (ages 18-49) after the aforementioned series finale and analysts believe it is all because of Game of Thrones.

The same report states that HBO lost 38% of their overall viewers when compared to 2019. Now, they are going out of their way to promote HBO Max, and these dwindling numbers more than likely prove why they have been so aggressive in their marketing and announcements. Warner Bros. shocked the entertainment industry when they announced that all of their 2021 big screen releases will also premiere on HBO Max, simultaneously, and for no additional cost to subscribers. As to whether or not their entire 2021 slate will be released in this manner is unclear after it sparked an intense backlash.

HBO’s past success was largely based on Game of Thrones. Even the critically acclaimed Watchmen series was not enough to help out the network. With that being said, there are a few Game of Thrones spin-offs on the way, and many are hoping that the fans will come back to HBO to see these new stories that feature unknown characters. While excitement is high for the spin-offs, fans are still more than a little bitter when it comes to how the original series came to an end.

The Game of Thrones series finale is one of the most divisive episodes of TV history. It immediately sparked backlash from passionate fans who called on HBO to hire a new set of showrunners and writers to go back and completely redo season 8 as a whole. Millions of people signed petitions to get the network to go back and make things right, though everybody knew that was not a realistic option. Will HBO bounce back to successful viewership numbers in the future with the spin-offs? Only time will tell as HBO Max becomes the sole focus moving forward. Variety was the first to report on HBO losing over half of its adult viewers after Game of Thrones ended.