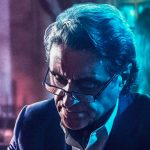 If all goes according to plan, Keanu Reeves could be slipping back into his John Wick suit and murdering nameless henchmen very, very soon. As was previously announced, John Wick 4 and John Wick 5 already have a green light, and the plan was originally to shoot them back to back. But the coronavirus pandemic has made many such plans obsolete, leaving the shooting schedule of John Wick 4 and 5 up in the air. But according to co-star Ian McShane, filming on John Wick 4 is probably going to start this year.

You probably forgot about this by now, but there was a brief period there where we were supposed to get both John Wick 4 and The Matrix 4 on the same exact day, May 21, 2021. That’s right – May 21 was going to give us double the Kenau Reeves doing cool action shit! Sadly, it was not to be. Even before the pandemic came around and made mincemeat of most movie release dates, franchise director Chad Stahelski said the Wick release date was subject to change because he was also working on The Matrix 4. Sure enough, scheduling coupled with the coronavirus lockdowns resulted in John Wick 4 being moved to May 27, 2022.

So when will John Wick start shooting? According to co-star Ian McShane, the answer is obvious – this year. I mean, it kind would have to if it hopes to make that May 2022 release date work. In the franchise, McShane plays Winston, the manager of the secret assassin hotel The Continental. Winston was John Wick’s ally for most of the films, but at the end of John Wick: Chapter 3 – Parabellum, he turned on his old pal – something that John Wick is bound to be ticked-off about.

While speaking with Collider, McShane said:

“Keanu [Reeves] and I exchanged New Year’s greetings and said, ‘Hope to see you this year.’ I know the script is being written and they’re hoping to do it this year. I know they announced they were gonna do [John Wick 4] and [John Wick 5] together, but who knows. The studios announce all sorts of things. No doubt, at some point this year, we’re gonna do John Wick 4.”

I tend to roll my eyes at the idea of endless sequels, but I’m willing to make an exception for John Wick, simply because it’s wild to me that this turned into a franchise at all. I remember hearing the plot for the initial John Wick – an angry hitman goes after the people who killed his dog! – and thinking, “Wow, that’s silly.” Not silly in a bad way, mind you – just silly. But I dutifully went to see the first film at a press screening and came away thrilled. Watching Keanu Reeves perform cool stunts and gun down a bunch of evil jerks was just too much fun, and the minute they announced a sequel, I was overjoyed.

Now, John Wick has turned into a whole franchise. Not only are there sequels but there’s also a spin-off TV series in the works called The Continental, as well as a spin-off movie, Ballerina.