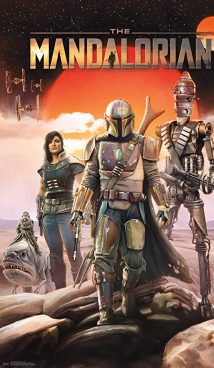 The Mandalorian was Disney’s first live-action series in the Star Wars universe. Unlike blockbusters, the Mandalorian plot is not focused on something global, but the adventures of a lone bounty hunter. A native of the Mandalorian clan, Dean Jarin travels from planet to planet, fulfilling orders to catch criminals. However, the new assignment, which seemed simple from the beginning, completely changes the world of Dean Jarin.

American-made television series was shot in the genre of a space western.

The first season’s world premiere took place on November 12, 2019, on the Disney + platform.

The Mandalorian has become the flagship of the new Disney + streaming service.

Yes, The Mandalorian has been renewed for at least two more seasons.