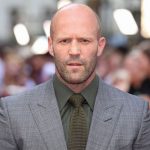 Hollywood star Jason Statham is being eyed for the lead role in the upcoming crime drama ‘Small Dark Look’.

According to Variety, the movie, which was earlier titled ‘Baby Cross’, will be helmed by Danish filmmaker Martin Zandvliet. The filmmaker, known for Oscar-nominated film ‘Land of Mine’, recently replaced William Oldroyd, who had been attached to direct two years ago when the project was first unveiled.

Small Dark Look’, which hails from Focus Features, will be produced by Paul Webster. Statham, who has hits like ‘The Transporter’ series, ‘The Meg’ and ‘Hobbs & Shaw’ to his credit, will next star in British filmmaker Guy Ritchie’s untitled thriller.