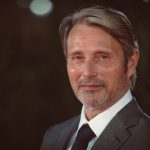 James Bond and Rogue One star Mads Mikkelsen has been tipped to replace Johnny Depp as dark wizard Gellert Grindelwald in the next Fantastic Beasts film.

Depp stepped down from the role after losing his high-profile libel case against the Sun newspaper over an article which labelled him a “wife beater”.

Danish actor Mikkelsen is in early talks to replace Depp, according to multiple reports in the US. Deadline Hollywood said he is the first choice of Fantastic Beasts director David Yates.

The 54-year-old also played Dr Hannibal Lecter in the television series Hannibal. Warner Bros has been contacted for comment.

In the Harry Potter universe, Grindelwald is a highly gifted evil wizard, second only to Lord Voldemort.

Depp, 57, said he was asked to step down from the franchise by studio Warner Bros following his legal defeat. He said he plans to appeal against the ruling.

Warner Bros has given Fantastic Beasts 3 a release date of July 2022. Production is under way in the UK, having been disrupted first by the pandemic and then by the uncertainty caused by Depp’s trial.

Fans had initially hoped Colin Farrell, who played a version of Grindewald in 2016’s Fantastic Beasts and Where To Find Them, would replace Depp but his The Batman commitments have ruled him out.

Mads Mikkelsen’s next film Another Round, directed by Thomas Vinterberg, was recently named Best Film at the London Film Festival. Its release was delayed by the latest England lockdown.