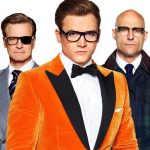 Ever since the pandemic hit, the film industry has been in a state of constant disarray with productions being repeatedly postponed or shut down. Same had been the fate of the upcoming Kingsman film, The King’s Man whose release date was bounced from one release date to another long before the pandemic even hit. But despite the constant delays faced by the film, director and producer Matthew Vaugh already has seven more films and other projects under the franchise all planned and decided.

The Kingsman franchise, based on Mark Millar and Dave Gibbon’s comic book series, began in 2015 with the hit and well-appreciated Kingsman: The Secret Service that ended up being Vaugh’s most commercially successful film to date. Even though the 2017 sequel, Kingsman: The Golden Circle, garnered polarized responses compared to the first film, the fact that it managed to gross over $400 million worldwide was enough to spawn another film, The King’s Man.

The King’s Man was originally supposed to be released in 2019 itself but the date was first bumped forward to February 14, 2020, and then to September 18, 2020. But as the pandemic continued with no signs of abetting completely, the release date was once again pushed to February 26, 2021, but after the delay of the films in the Marvel Cinematic Universe: Phase Four, the new (and hopefully confirmed) date of its debut in theatres is now February 12, 2021.

As per the official synopsis of the film, a prequel to the first two Kingsman movies in the franchise, it will be a “collection of history’s worst tyrants and criminal masterminds gather to plot a war to wipe out millions, one man and his protégé must race against time to stop them.”

Given the reception The Golden Circle received and the constant delays The King’s Man continues facing (including Disney’s acquisition of Fox) one would have expected Vaugh to take a breather and perhaps reconsider his approach to the films. But apparently, he already has solid plans for future projects in place as revealed by Marv Group, the production company bankrolling the Kingsman franchise. The company’s CEO Zygi Kamasa revealed in a recent chat with Deadline that the filmmaker is gunning for “something like seven more Kingsman films” along with a Kingsman TV series, which is already in line.

Meanwhile, Marv Films is also engaged in another project with the Kingsman star, Taron Egerton- the upcoming biographical film Tetris, which was recently acquired by Apple TV+. Egerton will be seen portraying the real-life character of famous Dutch video game designer Henk Rogers. In the late 80s, he strived to make the video game Tetris a global phenomenon and was thus immersed in legal battles in order to secure the rights to distribute the game on video game consoles.

In a conversation with GQ, Egerton shared that Tetris is going to be “an insane true story} that will be more along the lines of Social Network than Lego Movie.” After much debates regarding the impact of the COVID-19 pandemic on the production of the film, the filming reportedly began in Glasgow, Scotland in December 2020. This news comes to us via Deadline.