9-1-1, Lone Star, The Resident and Prodigal Son Return to Fox With New Seasons in January 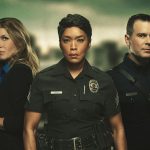 9-1-1, Lone Star, The Resident and Prodigal Son Return to Fox With New Seasons in January

Fox is bringing the drama this January. Four of the network’s biggest scripted series — 9-1-1, 9-1-1: Lone Star, Prodigal Son and The Resident — will all return with new seasons on the first month of 2021, TVLine has learned.

There have been quite a few casting shake-ups in the 9-1-1 universe in recent months. For starters, the flagship series has promoted John Harlan Kim to series regular, ensuring that Chimney’s brother will become a more integral part of the group in Season 4.

Meanwhile, Lone Star is saying goodbye to Liv Tyler’s Michelle Blake — the pandemic reportedly made traveling to Los Angeles from London less than ideal for the actress — but is gaining Gina Torres (Suits) as a new member of the team.