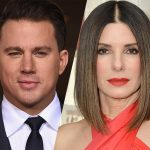 The Lost City of D follows a reclusive romance novelist (Bullock) who was sure nothing could be worse than getting stuck on a book tour with her cover model (Tatum), until a kidnapping attempt sweeps them both into a cutthroat jungle adventure, proving life can be so much stranger, and more romantic, than any of her paperback fictions.

The film will be directed by Adam and Aaron Nee from a screenplay written by Dana Fox (How to be Single), based off a treatment by Seth Gordon (Horrible Bosses). On top of starring Bullock is also serving as a producer through her Fortis Films banner. The project will also be produced by 3dot Productions’ Liza Chasin and Gordon through his Exhibit A Films.

Bullock is no stranger to the romantic comedy genre as she previously starred in 2009’s The Proposal opposite Ryan Reynolds. Her other notable film credits include Speed, Miss Congeniality, The Lake House, All About Steve, The Heat, The Blind Side, Ocean’s 8, and Bird Box. She will next be seen in David Leitch’s star-studded Bullet Train starring alongside Brad Pitt and Lady Gaga.