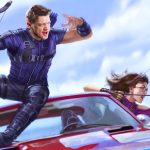 Bert and Bertie, aka Amber Finlayson (Bert) and Katie Ellwood (Bertie), have been tapped to direct the upcoming Hawkeye Disney+ series.

The upcoming Hawkeye Disney+ series has found its directors. Bert and Bertie, aka Amber Finlayson (Bert) and Katie Ellwood (Bertie), have been brought on board by Marvel Studios to take the Clint Barton story further. However, it appears that they will only be taking on a certain “block” of episodes with other directors. Bert and Bertie are probably best-known for directing Amazon’s coming-of-age comedy, Troop Zero, though they’re about to get a whole lot more popular.

Rhys Thomas (Saturday Night Live) will also be taking on a block of Hawkeye episodes for Disney+. Jonathan Igla (Mad Men) is writing the series, which will be a part of the first wave of Marvel Cinematic Universe projects for the small screen. Marvel Studios boss Kevin Feige has noted repeatedly that the shows will be heavily connected to the big screen projects and vice versa. With that being said, there isn’t a whole lot of information about the series as Marvel Studios is really great at working on projects without leaks occurring.

Jeremy Renner will reprise the role of Clint Barton for the Hawkeye series. It is believed that part of the story will involve Renner’s Barton mentoring a young Kate Bishop. Hailee Steinfeld was allegedly in talks to play Bishop on the series, though that has not been confirmed by the actress or the studio at this time. In late 2019, the actress said that the casting was “not something that’s necessarily happening.” And in May of this year, Steinfeld changed the subject when asked about Hawkeye, noting, “You know, right now, I will tell you that music is where my head is at. That’s what I’m focused on… that is what is occupying my brain at the moment.”

Hawkeye is included with The Falcon and the Winter Soldier and WandaVision as the first Disney+ shows. However, it is unclear when the show will be able to begin production since everything is up in the air at the moment. The Falcon and the Winter Soldier has been delayed until the fall, while it is believed that WandaVision will go on as planned and air at the end of the year. Hopefully Hawkeye will be able to get the ball moving in the next handful of months.

A recent casting leak for The Falcon and the Winter Soldier revealed an interesting connection to Avengers: Endgame and Clint Barton. Specifically, it’s related to his Ronin story arc, which found the superhero in Japan after the disappearance of his family, where he was seen killing off the Yakuza gang. It appears that two members of the gang, who were also in Endgame, will be appearing in The Falcon and the Winter Soldier, which could see Jeremy Renner introduced on the small screen. That’s speculation at this point in time, so we’ll just have to wait and see. The Hollywood Reporter was the first to announce the Hawkeye directors.