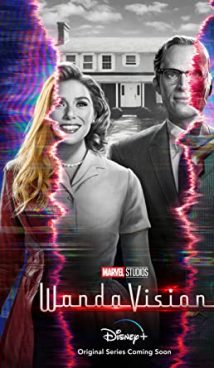 Wanda Maximoff (Scarlet Witch), one of the most popular characters in the Marvel Universe, lives with his beloved android Vision in some strange world that resembles a naive sitcom of the mid-20th century. However, what this universe really is? Is this the real world or the reality created by Wanda’s mind after Vision’s death?

WandaVision is an American-made TV series based on Marvel comics in the fantasy genre. Season 1 will premiere in late 2020 on the Disney+ streaming platform.