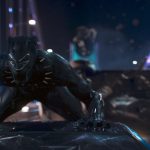 As difficult as it is to envision Black Panther 2 without Chadwick Boseman, it’s something Marvel will have to confront eventually. The actor captivated audiences in 2018’s Black Panther playing T’Challa, king and protector of the fictional nation of Wakanda, and many were looking forward to a 2022 sequel. But unbeknownst to fans, Boseman had been diagnosed with colon cancer even before the first film came out, and tragically, he died on Aug. 28 at 43.

While recasting is nothing new in superhero films, the death of a young, vibrant actor who embodied the role so perfectly isn’t the same as other situations. Entertainment Weekly reported the obvious: Fans cannot imagine Boseman being replaced in the role. The franchise can move on, but it will have to do so carefully and respectfully.

As of Nov. 20, there was some news on a second film. Filming for Black Panther 2 now is tentatively scheduled to begin in July 2021, according to The Hollywood Reporter.

A representative for Disney did not immediately respond to a request for confirmation, and THR isn’t naming sources, but it seems a likely timeline. With word in late 2020 of two promising coronavirus vaccines moving forward, Marvel has to be hoping Hollywood will be cranking back into gear by next summer, as the world tries to move on from the devastating pandemic. If ever Earth could use a superhero, it’s now.

The Hollywood Reporter says the production will start filming in Atlanta in July and continue for upwards of six months. It also suggested that Narcos: Mexico star Tenoch Huerta may join the cast.

As devastating as Boseman’s death is, there can’t be a new Black Panther film without someone else taking on the hero’s mantle.

It seems most likely that the Black Panther title could pass to another character, and a favorite has to be Letitia Wright’s Shuri. She’s T’Challa’s sister, and royal family ties run deep.

But Shuri can’t just move into the part with no explanation. It’s always possible there’s unused footage from the first film or from other Avengers movies that could be spliced in to set up T’Challa’s departure, or it could be addressed verbally without new footage of Boseman.

There’s precedent for honoring such a loss. Actress Carrie Fisher died in 2016, and yet her character, General Leia, appeared briefly in the 2019 film Star Wars: The Rise of Skywalker. Fisher’s appearance used previous footage and treated the actress and beloved character respectfully.

The rest of the cast — and a new villain?

Before the news of Boseman’s passing, the sequel seemed to be assembling a familiar group. Director Ryan Coogler, who also co-wrote the first film’s screenplay, was returning. Observers were assuming most of the original cast would be back, with Martin Freeman, who plays CIA agent Everett Ross, and Danai Gurira, who plays Okoye, head of the Dora Milaje, Wakanda’s all-female special forces, both confirming their return.