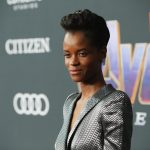 British actor Letitia Wright has insisted she did not intend to “hurt anyone” after she was accused of encouraging anti-vaccine content.

The Black Panther star, 27, has been sharply criticised for tweeting a video called Covid-19 Vaccine: Should We Take It?, in which presenter Tomi Arayomi spoke at length about his personal feelings about the efficacy and safety of jabs.

Wright defended herself against the backlash by posting a brief Twitter statement on Friday lunchtime.

It read: “My intention was not to hurt anyone, my ONLY intention of posting the video was it raised my concerns with what the vaccine contains and what we are putting in our bodies.

In the offending video, published by YouTube discussion channel On the Table, Arayomi said: “I am just a big sceptic of needles and vaccinations in general, I think the body should be able to produce the right antibodies to fight things.”

He added: “We can just get that (the vaccine) out there and hope it doesn’t make extra limbs grow, hope to god you don’t develop children that have 11 fingers and 12 toes, we are hoping for the best. We have seen vaccines do damage before.”

The description of the video says: “Tonight I’m talking about Luciferase, the ingredient allegedly being added to the Covid vaccine to detect those who have not taken it. Luciferase, named by its founder after Lucifer???

“Now this is only partially true on a fact check, but we explore this and more On The Table.”