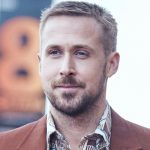 EXCLUSIVE: In what shapes up as a hot package for the upcoming European Film Market in Berlin, Ryan Gosling has committed to star in The Actor, with Duke Johnson directing a script he wrote with Stephen Cooney, based on Donald E. Westlake’s hard boiled novel Memory.

Gosling will play New York actor Paul Cole, who is beaten and left for dead in 1950s Ohio. Stripped of his memory and stranded in a mysterious small town, Paul struggles to get back home, piece together and reclaim the life and identity he’s lost. The Actor follows a journey relatable to many: to find home, to find love, and ultimately to find ourselves. For those like me who long to see Gosling in another stylish and vehicle like Drive, this seems to hold a lot of promise. Gosling is currently prepping to go mano a mano with Chris Evans in The Gray Man, a big action global drama which Netflix hopes will launch a major franchise, with Avengers: Endgame helmers Joe & Anthony Russo directing.

Gosling is repped by CAA and attorney Robert Offer; Johnson, best known for co-directing with Charlie Kaufman the Oscar-nominated animated feature Anomalisa, is repped by ICM Partners and Paul Young; Spencer is repped by UTA, Untitled, and attorneys Gretchen Rush and Huy Nguyen; Cooney is repped by Bruns Brennan & Berry.

This marks Gosling and Kao’s latest collaboration, as they are teaming on the Phil Lord and Chris Miller-directed adaptation of the Andy Weir novel Project Hail Mary at MGM, and Leigh Whannell’s Wolfman at Universal.