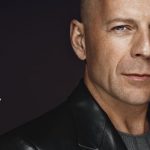 By this point, Die Hard director John McTiernan has discussed his action masterpiece ad nauseum. He has broken down Bruce Willis’ blue-collar roots, the root of the evil personified by Hans Gruber (the late, great Alan Rickman), and the challenge that came with shooting at night in a limited location. But has he ever weighed in the great debate on whether Die Hard is or isn’t a Christmas movie? Before you roll your eyes, you really have to hear the explanation that Die Hard’s dad, McTiernan, gives about exactly HOW they made Die Hard into a Christmas film. Thereby, answering what has become a heated debate each holiday season.

Speaking with the American Film Institute for a holiday special, Die Hard director John McTiernan revealed that his personal way into the story of terrorists invading “the heart of capitalism” during a Christmas party was to base it off of a legendary Christmas movie, It’s a Wonderful Life. Did you know Jimmy Stewart’s classic influenced Bruce Willis’s signature franchise? McTiernan said:

Specifically, the Pottersville sequence. Which is what happens when the evil banker gets to do what he wants in the community without George getting in the way to stop it. And it’s the clearest demonstration and criticism of runaway, unregulated cowboy capitalism that’s ever been done in an American movie. It was imagination then, but now, if you go out in most of the country, it’s the life people live.

John McTiernan is essentially saying that John McClane, the hero of Die Hard, is George Bailey from It’s a Wonderful Life… only, with a gun, and glass embedded in his feet. He’s what stands in the way of the evil banker having his way with the innocent community. But he needed to convince producer Joel Silver that their protagonist wasn’t going to be a Schwarzenegger or Stallone cutout — the kind of action hero that was dominating thrillers on screen at the time. He was going to be a regular guy, like George Bailey, standing up to do the right thing, even when it’s most difficult. McTiernan continued:

So I went to Joel (Silver). And I said, ‘Okay, if you want me to make this terrorist movie, I want to make it where the hero in the first scene, when the limo driver apologizes that he’s never been in a limo before, the hero says, “It’s alright. I’ve never ridden in a limo before.”‘ A working class hero. And Joel understood what I meant. And he said okay. And so we started to work on it.

John McTiernan explains that the magic of Die Hard is that, as he noodled his way through the initial chapter of what would become a celebrated action movie, everyone involved with the movie began to understand the heart of what the director was hoping to accomplish. It wasn’t blood-and-guts for action’s sake. It was good standing up to evil, during the holiday season. It was George Bailey stopping a corrupt banker. It was John against Hans, with the fate of some bearer bonds at stake. McTiernan summarized:

Everybody, as they came to work on the movie, began to get, as I said, this idea of this movie as an escapee. And there was a joy in it. Because we were all the scratchers on the side of the king’s tomb. We had changed the content. And that is how Die Hard became… we hadn’t intended it to be a Christmas movie. But the joy that came from it is what turned it into a Christmas movie. And that’s really the best I can tell you about it.