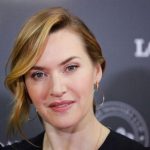 Kate Winslet said she felt “bullied” by the media after “Titanic” came out back in 1997, and hoped her fame would pass as a result.

The Oscar-winning actress was speaking to Marc Maron on his podcast “WTF With Marc Maron.” Winslet had already appeared in several acclaimed movies including Peter Jackson’s “Heavenly Creatures” in 1994 and Ang Lee’s “Sense and Sensibility” in 1997, for which she was nominated for best supporting actress. But it was James Cameron’s “Titanic” that launched Winslet into new levels of stardom.

Winslet, who was only 21 at the time, spoke of this intense experience with Maron, saying she went into “self-protective mode” as soon as the hit movie came out.

“It was like night and day from one day to the next. I was subject to a lot of personal physical scrutiny, I was criticized a lot and the British press were quite unkind to me. I felt bullied if I’m honest,” Winslet said. “I remember thinking, ‘this is horrible and I hope it passes’ – it did definitely pass but it made me realize that, if that’s what being famous was, I was not ready to be famous, thank you, no, definitely not.”

Titanic” went on to become one of the most successful movies of all time, winning 11 Academy Awards, the joint-most of any film ever along with 1959’s “Ben-Hur” and, later, 2003’s “The Lord of the Rings: The Return of the King.” The movie was also the highest-grossing movie ever for 12 years after Cameron beat his own movie with “Avatar.” Both were eventually overtaken by MCU juggernaut “Avengers: Endgame,” leaving “Titanic” third in the all-time rankings with a total of $2.195 billion.

However, the success of the movie brought a level of fame that also gave Winslet a lot of negative attention. Winslet recalled how the press would talk about her as “being different because [she] was bigger than average.”

“Meanwhile, I was like a size six or whatever, I have no idea. But that stuff was so shocking to me because then I would just push back and say: ‘Well, this is just who I am,'” Winslet said.

Winslet also told Maron, however, that she thinks this is an area where “we are doing, globally, a little better – celebrating real women.”

Winslet said that back in the 1990s when she was labelled “curvy Kate,” Hollywood was full of “very, very slender women” in a way “not entirely balanced.” Winslet said she thinks this trend has gone slightly now.

After “Titanic,” Winslet went on to star in a slew of indie films, avoiding blockbuster pictures almost altogether until her 2014 “Divergent” role. Before then, she earned more critical praise for performances in movies like 2004’s “Eternal Sunshine of the Spotless Mind” and “Finding Neverland,” and 2008’s”The Reader,” for which she won an Oscar after five prior nominations.

Winslet also starred in 2011’s “Contagion,” which she recently warned her friends off of watching during the pandemic.

Winslet recently reunited with “Titanic” director James Cameron with a role in the upcoming “Avatar” sequel. Winslet spoke to Maron about her experience on the set, saying she “lost track of how many” sequels Cameron was shooting at once.