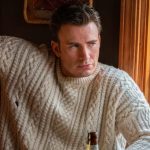 Adam McKay’s Already Star-Studded ‘Don’t Look Up’ Adds Chris Evans, Just For Fun Posted on Saturday, December 12th, 2020 by Chris Evangelista Adam McKay‘s Don’t Look Up already has a huge cast of famous faces, but hey, one more can’t hurt. The latest: Chris Evans, former Captain America, and accidental dick-pic leaker, is joining Leonardo DiCaprio, Jennifer Lawrence, Meryl Streep, and more in the Netflix dark comedy about “two low-level astronomers who embark on a media tour to warn mankind of an approaching asteroid that will destroy Earth.” DiCaprio and Lawrence are apparently playing the astronomers and Streep is the President of the United States, but there’s no info on Evans’ part just yet.

McKay wrote the script, which is about “two low-level astronomers, who must go on a giant media tour to warn mankind of an approaching asteroid that will destroy planet earth.” When the film was first announced, Scott Stuber, head of Netflix films, said: “Adam has always had great timing when it comes to making smart, relevant and irreverent films that depict our culture. Even if he somehow ends up predicting planet Earth’s imminent demise, we’re excited to add this to our slate before it all comes to an end.”

It’s still unclear who most of these people are playing, and just how big any of their roles will be. McKay has a habit of filling his films with surprising stars who sometimes only pop up for a scene or two, so I wouldn’t be surprised if a lot of these parts amount to little more than extended cameos. In a recent interview, Streep revealed she was playing the President of the United States in the film, and that Jonah Hill was playing both her Chief of Staff and her son. Based on set pics that have leaked, it looks like DiCaprio and Lawrence are the two lead astronomers. As for everyone else? Well, we’ll have to wait and see. Streep also added that the film is “about a global catastrophe, but it’s sort of funny, like Dr. Strangelove for 2020, about global warming — a metaphor for that.”

At the start of the year, Netflix planned to release Don’t Look Up sometime in 2020. But, of course, the coronavirus got in the way and delayed production. As a result, filming didn’t begin until last month. Which likely means we won’t see Don’t Look Up until the end of 2021 at the earliest.