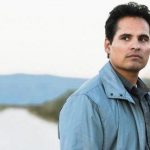 Deadline reports that Peña will take over the role of Tom Lopez, a wealthy car dealer married to Brian Harper’s (Wilson) ex-wife, played by fellow cast newcomer Carolina Bartczak. Peña takes the role from Stanley Tucci, who had to exit the project due to government-imposed travel restrictions banning U.K. flights to Canada. Also boarding the Moonfall cast alongside Peña and Bartczak are Maxim Roy, “a hardened army captain whose fighting spirit helps position our heroes to save the world” and Stephen Bogaert as NASA Director Albert Hutchings.

Per Deadline, Moonfall is a space drama that kicks off when “a mysterious force that knocks the Moon from its orbit around Earth and sends it hurtling on a collision course with life as we know it. With mere weeks before impact, and against all odds, a ragtag team launches an impossible last-ditch mission into space, leaving behind everyone they love and risking everything to land on the lunar surface and save our planet from annihilation.”

A world-ending collision with the moon? A ragtag team that must stop it? Yep, it sounds like the kind of sci-fi disaster epic that has been Emmerich’s bread and butter for the whole of his career. Emmerich, who pens the screenplay with Harald Kloser and Spenser Cohen, can still draw stars to his projects thanks to the blockbuster power of Independence Day, The Day After Tomorrow, and 2012, even after disappointments like 2019’s Midway (which /Film reviewer Chris Evangelista called little more than a “boring cartoon”) or the forgettable Independence Day sequel. Still, it’s cool to see Michael Peña play a major character in a big Hollywood sci-fi blockbuster at least.

No word on when shooting on Moonfall is set to begin, but it’s likely soon if one of the key roles has to be recast due to coronavirus travel restrictions. Lionsgate has also set Moonfall for a fast-approaching theatrical release in 2022.