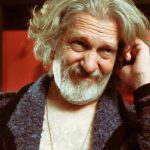 Showtime’s revival of Dexter has reeled in Clancy Brown to play the main villain.

A veteran of the screen, he’s known to fans of The Flash as General Wade Eiling and has starred in other titles such as The Shawshank Redemption, The Ballad of Buster Scruggs, SpongeBob SquarePants and Highlander.

According to the network, Brown will star opposite Michael C Hall’s killer of killers as Kurt Caldwell – the “unofficial mayor” of small town Iron Lake.

“Loved” by the townspeople, Caldwell “realised the American dream by going from driving big rigs, just like his father did, to now owning several trucks and the local truck stop”.

The character description continues: “Powerful, generous, loved by everyone – he’s a true man of the people. If he’s got your back, consider yourself blessed. But should you cross Kurt, or hurt anyone that he cares for, God help you.”

Recently, Dexter Morgan star Hall opened up about his hopes for the revival series.

“Let’s be real: people found the way that show left things pretty unsatisfying, and there’s always been a hope that a story would emerge that would be worth telling,” he told The Daily Beast.

“I include myself in the group of people that wondered, ‘What the hell happened to that guy?’ So I’m excited to step back into it. I’ve never had that experience of playing a character this many years on.”