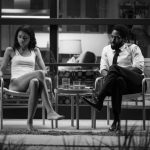 The trailer of Malcolm and Marie starring Zendaya and John David Washington is out. Directed by Sam Levinson, who also created HBO’s Euphoria, the film has the two stars playing a couple.

Washington’s Malcolm is a filmmaker who has returned with his partner Marie from his movie’s premiere and the celebratory mood of the evening turns serious as they begin to share revelations about themselves and things aggravate.

Malcolm & Marie appears to explore the nature of modern relationships. And for anybody who has been in one, the conversation between the two may seem painfully relatable.

The film has a black-and-white colour scheme and the effect is gorgeous and stark. It adds to the overall feel of the film and is not at all a gimmick. If there were colours, the visual vibe of the film probably would not be that impressive

After Tenet, it is nice to see Washington once again prove that he can be extremely expressive when the script demands it. But Zendaya is the one who looks like the star of this show. She has proved her acting chops already with her challenging role in Euphoria, and here, too, she is clearly nailing it.