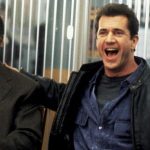 One of Mel Gibson’s most notable roles is Martin Riggs in the Lethal Weapon franchise. He played that character through four Lethal Weapon movies, capping things off with Lethal Weapon 4 in 1998. Since then, there’s been talk of making a Lethal Weapon 5 and recently Mel Gibson offered up an update on that front.

Yeah! No, absolutely. And the man who was behind all that, the man who brought it to the screen and gave it its, the goodies, is working on it right now: Richard Donner. He’s a legend.

Well, there you have it. There’s still a chance we could get a Lethal Weapon 5 and director Richard Donner is trying to make it happen. So, now it seems to be more a question of when rather than if because time isn’t exactly on their side. This is very exciting news for the generations of fans.

Mel Gibson’s not the only one to confirm Lethal Weapon 5 is happening. Earlier this year producer Dan Lin said they’re actively trying to make it with Richard Donner, Mel Gibson, and Danny Glover all coming back for it. But it sounds like the story is what’s holding things up.

Richard Donner himself back in 2018 also hinted that Lethal Weapon 5 was in the works. While featured as a guest on a podcast, Richard Donner’s filmography was being listed off and after Lethal Weapon 4 was read, he said, “And 5 coming up.” We’ll just have to wait to see when.

At the time, Richard Donner explained his vision for the film as well. He said it would be called Lethal Finale, would be very dark, and written by Channing Gibson, who wrote Lethal Weapon 4. However, he claimed things were being held up at Warner Bros. and he expressed doubts it would happen at all.

Of course, the prospect of Lethal Weapon 5 happening raises some serious questions and makes us wonder how in the world it would work and what the story would be. After all, Mel Gibson is 64 and Danny Glover is 74. It would be quite a stretch to make us believe they’re still on the force.

At the same time, it’s not out of the question that they could make one last swan song devoted to focusing on Riggs and Murtaugh in their old age, taking on one more bad guy. Whatever they decided, hopefully, we’ll hear more details soon.