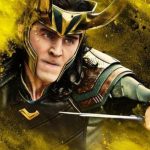 Marvel Studios may have announced a huge number of TV projects for Disney Plus, with ten shows in the works as well as animated spinoffs What If…? and I Am Groot, along with The Guardians of the Galaxy Holiday Special. However, Kevin Feige has been keeping his cards very close to the chest about what the long game is going to be regarding the MCU’s small screen future.

All of the marketing so far has described WandaVision as a limited series, but if it proves popular enough then there’s no reason why the story can’t be continued further down the line. Similarly, the very title of The Falcon and the Winter Soldier would imply that Sam Wilson won’t assume the mantle of Captain America until the final episode at the earliest, and given that it’s his entire character arc at the moment, it seems as though he and Bucky’s spinoff won’t be a one and done effort.

Loki, meanwhile, only finished filming last month and is set to premiere on the Mouse House’s streaming service in May, but it was already rumored that a second season had been given the green light and was tentatively scheduled to begin production in January 2022. Now, the latest report lends even more weight to the speculation, after revealing that head writer and executive producer Michael Waldron has signed an exclusive deal with Disney that will see him script Kevin Feige’s Star Wars movie and oversee a second batch of episodes focusing on Tom Hiddleston’s fan favorite character.

The company clearly have a lot of faith in Waldron, then, and based on the first trailer for Loki,  it certainly looks as though their confidence hasn’t been misplaced. So once the first season debuts, it surely won’t be long until the plans for a second run are officially confirmed.