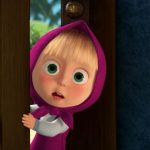 The Russian animated series Masha and the Bear is now in the catalog of the Amazon Prime Video streaming service. Viewers from Spain, Italy, Germany, France, Austria and Switzerland will be able to watch the first seasons of the project online.

“The American streaming platform Amazon Prime Video has signed a contract with Animaccord to broadcast the animated series Masha and the Bear, as well as the spin-off Machines of Tale and Machines of Horror Stories in a number of European countries,” the company said.

The first two seasons are available on the platform in Spain, France and Italy in English, Spanish, French and Italian. Also soon the animated series “Fairy Tale Machines” will appear in the catalog. And in November, the first three seasons of the original and spin-offs appeared in Germany, Austria and Switzerland in Russian, English and German.

At the moment, the animated series “Masha and the Bear” has been translated into 42 languages ​​of the world, and in 2020 entered the top 5 main children’s shows in the world during the pandemic and the top 5 favorite brands in the world.