all-trailers.com > Home page > Movie News > ‘Ace Ventura 3’ Is in the Works From ‘Sonic the Hedgehog’ Writers 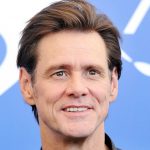 A third Ace Ventura film is in the works, marking the latest (definitely not the last) revival of a ‘90s intellectual property. The rights holder of the franchise (Morgan Creek) has a deal with Amazon that intends to get the film a major theatrical release. It’s not clear at this moment if Jim Carrey will return in the starring role.

The news was revealed through a blog post on the website for Park Circus. Note that Park Circus is a distributor who operates as a Morgan Creek sales rep.

“We’re pretty excited about our franchise developments with Exorcist and the Ace Ventura franchise – its noticeable from the 3 million fans chatting on the official Facebook page for Ace Ventura that audiences are clamouring for a 3rd installment,” that blog post said. “During COVID, audiences have been in love and are thrilled to have beloved characters brought back with new stories. Ace Ventura will see a new day at Amazon as a major motion-picture/theatrical with the Sonic the Hedgehog writers.”

As you can see in the last line the film is being done by the same writers (Pat Casey and Josh Miller) who did the Sonic movie. As you may remember that video-game-turned-film also had Jim Carrey in a big role, specifically the main antagonist part of Dr. Robotnik.

Carrey was credited as one of the writers for the original Ace Ventura film, which was released in 1994. The success of that movie spawned a sequel, Ace Ventura: When Nature Calls, that came out a year later. The same character had an animated show that ran on TV from 1995-2000, plus a made-for-TV sequel based around an Ace Ventura Jr. in 2009.

In previous developments involving the same general cast of characters, Morgan Creek made clear an intent to reboot Ace Ventura back in 2017. At that time its president, David Robinson, spoke to Deadline and said that “we wanted to do a mainstream theatrical production relaunch.” The goal was to forgo a remake, and instead pursue “a new movie in the spirit of the original.”