all-trailers.com > Home page > Movie News > Premiere of the trailer for the film “Suicide Squad 2: Mission Bring It Out” 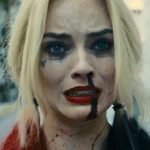 Edition “Movie News” invites its readers to familiarize themselves with the first trailer for the movie “Suicide Squad 2: Mission Bring It Out”, which is based on DC comics. The film was directed by James Gunn, creator of the Guardians of the Galaxy series.

Earlier it was announced that its version is not a sequel to the first film, but a kind of “reboot”. However, some of the key actors from the original film, such as Juelle Kinnaman (Rick Flag), Viola Davis (Amanda Waller), Jay Courtney (Captain Boomerang) and Margot Robbie (Harley Quinn) and others, will return to their roles in the second parts. The already familiar cast will be joined by new faces like Idris Elba, Nathan Fillion and John Cena.

The first film was released in 2016 and was quite successful at the box office, grossing over $ 740 million. After it became known about the intention of the studio Warner Bros, to release a new version of “Justice League” fans of the adaptations of DC comics began to demand a similar perspective for “Suicide Squad”. Director David Ayer has confirmed he has filmed enough footage to form a “director’s cut.”