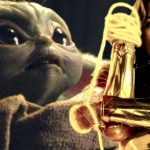 The Mandolorian and Wonder Woman 1984 star Pedro Pascal has to choose between Gal Gadot and Baby Yoda, so what’s his decision?

Pedro Pascal plays the lead role of ‘Mando’ in the Star Wars Disney+ show The Mandalorian. He will also appear in the upcoming superhero flick Wonder Woman 1984 in the role of the villainous Maxwell Lord. In a recent interview for Entertainment Weekly’s Hero Issue, the actor had to make the seemingly impossible choice between two of his co-stars, internet darlings Gal Gadot and Baby Yoda. For Pascal, the answer was obvious.

“I would take [Gal Gadot] over any creature in the universe. But Baby Yoda is not too shabby, a very easy scene partner. He also makes me feel very tall – and needed.”

While Baby Yoda is not real, the combination of animatronics and special effects used to bring the character to life are so convincing that the world fell in love with the creature at first sight. Baby Yoda memes, toys, and fan clubs abound online, and even the rest of the cast and crew of The Mandalorian were not immune to its charms, with cast member Werner Herzog famously gushing about the puppet during interviews, and episode director Taika Waititi posting an image of himself cradling the prop in his arms just like an actual baby. For his part, Pedro Pascal knew from the start the power of Baby Yoda’s cuteness, from just a glimpse of the photo of the character.

“I did. I can’t bring myself to lie and be like ‘We had no idea of the sensation that he would be. We never talked about it being a sure thing, but I unconsciously kept to myself that the very first time I saw the image in the illustration during that first meeting, I was like ‘Oh my God, people are going to lose their mind over that’. So basically it was no surprise.”

Of course, Gadot is no slouch in the personal appeal department, generally being considered the DCEU’s most brightly shining star, and enthralling the internet with her interviews and behind-the-scenes shenanigans, like posting a picture of herself in full Wonder Woman gear wearing Batman’s cowl, or unleashing her funny side while hosting SNL.

Few will dispute Pascal’s choice of co-star, even if his relationship with Baby Yoda is a lot more stable than the inevitable feud that his character Maxwell Lord will have with Gadot’s Wonder Woman in the upcoming film.

Starring Pedro Pascal, Gina Carano, Carl Weathers, and Giancarlo Esposito, The Mandalorian premiered in November on Disney+. It was an immediate hit, and despite the global lockdown halting production on most film and television projects, the second season of the show has not been delayed and is still on schedule for its October 2020 premiere.

Meanwhile, Wonder Woman 1984 stars Gal Gadot, Chris Pine, Kristen Wiig, Pedro Pascal, and Natasha Rothwell, with Patty Jenkins once again acting as the director for the movie. The movie arrives in theaters Oct. 2, as long as the recent spike in infections does not close down theater chains once again.