Sabrina (Kiernan Shipka), the main character of the television series, a girl who doesn’t even try to be ordinary. As the daughter of a powerful sorcerer, she lives with Zelda (Miranda Otto) and Hilda (Lucy Davis), witch aunts. Sabrina is studying at the Academy of Unseen Arts. Only half a witch, she is still associated with the mortal world.

Following the events of the previous season, Sabrina descends to Hell to rescue her boyfriend Nicholas. Zelda and Hilda re-open the Academy of Unseen Arts, now dedicated to Lilith and not Lucifer. So, the dark adventures continue!

“Chilling Adventures of Sabrina” is an American television series based on the graphic novels of the Archie universe in the genre of mystical drama. The third season premiered on January 24, 2020 on the Netflix streaming platform.

You can watch the trailer for the series on our website, no registration is required. You can also read interesting facts about the series and find out the release date.

A: All seasons of the show’s “Chilling Adventures of Sabrina” are filmed for the Netflix streaming platform.

Q: When did the third season premiere?

A: The full third season was made available to Netflix subscribers on January 24, 2020. 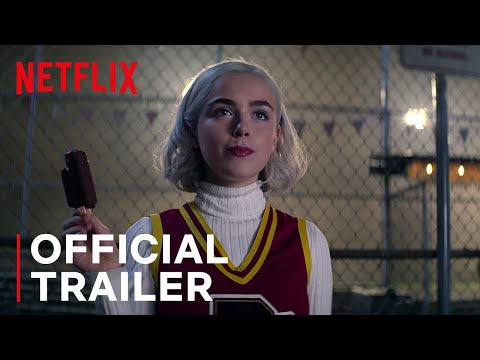