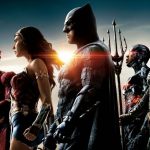 Earlier today, Zack Snyder released a new teaser for his cut of Justice League that’s coming to HBO Max next year, and broke it down point by point on social media.

During the discussion, which was held on Vero and lasted over an hour, Snyder revealed that his four-hour cut of the movie will have about two and a half hours of previously unseen footage. Not “new” footage exactly. This is mostly footage he shot way back in 2016 which never made it into the theatrical version, which was famously finished by director Joss Whedon. Snyder did shoot some new footage for this version, but apparently that will only be about four minutes in total (and reportedly will include Jared Leto’s Joker.)

Snyder also revealed his cut is officially locked and, at present, he’s approving visual effects shots. He still doesn’t have a release date to announce but it will be next year.