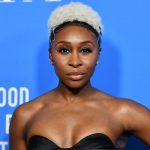 Disney’s live-action retelling of Pinocchio, which will go out on Disney+, has added Oscar nominee Cynthia Erivo as the Blue Fairy and Joseph Gordon-Levitt as the voice of Jiminy Cricket, Deadline has confirmed. As Deadline first reported, Luke Evans is set to play the coachman in the Tom Hanks-as-Geppetto feature film being directed by Robert Zemeckis.

In addition, Benjamin Evan Ainsworth (Flora and Ulysses) will voice the title character of Pinocchio, with Keegan-Michael Key as the voice of Honest John and Lorraine Bracco as Sofia the Seagull, a new character, in the live-action update of the 1940 Disney animated classic, which will also combine VFX.

Zemeckis is directing off a script he wrote with Chris Weitz. Cameras roll this month in the UK. Andrew Miano and Weitz are producing through their company Depth of Field along with Zemeckis’ Imagemovers.

Deadline first reported the news before Disney’s December Investor Day that Pinocchio was a handful of movies being moved from a theatrical release to Disney+.