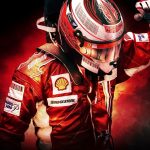 Star Wars franchise actor John Boyega and Robert De Niro are on board to star in Netflix’s car race prodigy drama The Formula.

Gerard McMurray (Burning Sands) will direct the movie about a Formula One race car prodigy who becomes a getaway driver to save his family. McMurray will write, direct and produce the film via his production banner Buppie Productions; Jane Rosenthal, De Niro and Berry Welsh will also share producer credits.

British actor Boyega broke out with his role as Moses in the 2011 sci-fi flick Attack the Block. He is best known for playing Finn in Star Wars: The Rise of Skywalker, Star Wars: Rise of the Resistance and Stars Wars: The Last Jedi. He most recently starred in Steve McQueen’s anthology series Small Axe.

De Niro, who is repped by CAA, is coming off a star turn in another Netflix project, Martin Scorsese’s The Irishman. McMurray’s credits include producing Fruitvale Station and directing The First Purge, and Replay, an episode of The Twilight Zone.