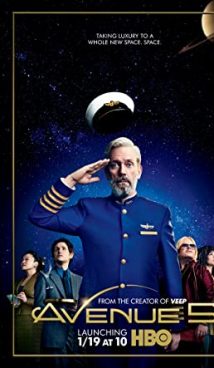 An absurd black comedy. Action takes place somewhere near the orbit of Jupiter. Armando Iannucci that created this series, a producer famous for his political satire series called ‘Veep,’ invites us to take a trip on the luxurious ‘Avenue 5’ spaceship. However, this vacation will not go without unexpected plot twists: an accident sends the ship far off course, and the return will be delayed for years.

The series subtly mock the genre of cosmoopera, turning everything upside down with a dash of the absurd.  The brave captain (Hugh Laurie) is just an actor, the classic pilothouse with pilots is nothing more than a fiction, and the owner of the entire corporation, German Judd (Josh Gad), is a stupid adult child.

An American television series in the genre of absurd comedy. 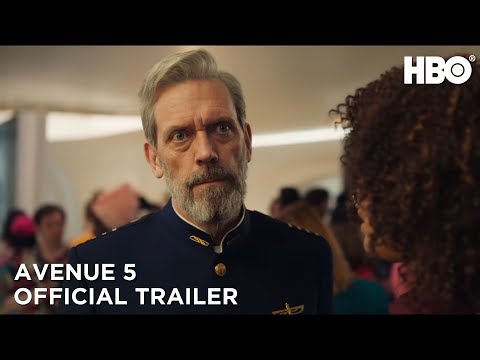