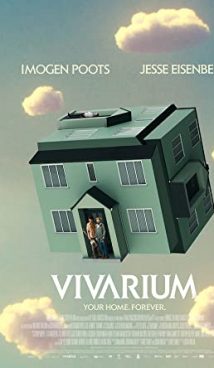 A young married couple Tom (Jesse Eisenberg) and Gemma (Imogen Poots) are trying to find a home they can afford. They notice an ad for a cottage community called Yonder and decide to watch it live. Tom and Gemma arrive and see hundreds of identical houses, but the path leads them to the cottage number 9, where Agent Martin is already waiting for them. Martin shows the house and disappears. The couple also decide to go home, but Yonder turns out to be much larger than they had thought. They wander among the identical houses for a long time and finally decide to spend the night in the cottage number 9. In the morning they realize that they are trapped in a strange matrix where they will be stuck for many years.

This is a joint-production sci-fi drama film based on the Lorcan Finnegan’s novel.

The world premiere of Vivarium took place on May 18, 2019 at the Cannes International Film Festival. 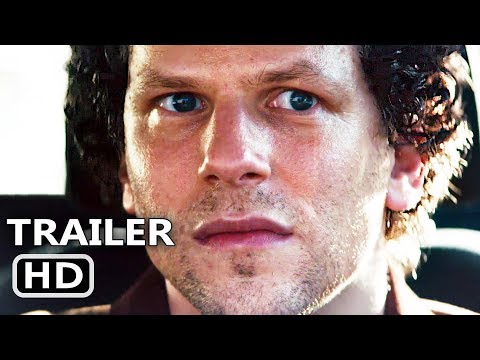