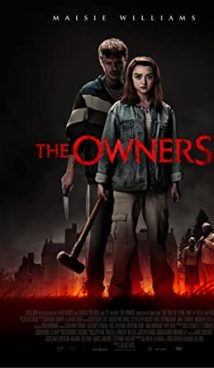 The main actions of The Owners take place in the British outback. Gas, a sociopath who is one of the main characters, persuades Nathan and Terry to rob the house of Huggins, a local elderly doctor. Although Mary (Maisie Williams), Nathan’s girlfriend, tries to dissuade her boyfriend from this, nevertheless, she soon becomes involved in the crime. The conspirators enter the house, take the doctor and his wife prisoner, but their seemingly thoughtful plan is failing. A dangerous game begins in which young robbers cease to be hunters.

The Owners is a British film based on the “Les Nuits de la pleine lune” by French comics in the thriller genre. The world premiere will take place on September 4, 2020.