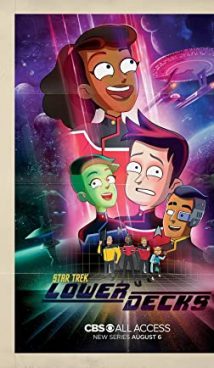 The animated TV-series Star Trak: Lower Decks is an extension of the epic Star Trek film franchise. Now, the focus is no longer on the heroes who decide the fate of the universe but on the four ensigns of “one of the most unimportant spaceships in Starfleet.” With the main characters, we will look at the depths of space not from the captain’s cabin, but through the eyes of ordinary workers in the lower decks.

This is an American-made adventure animated series.

The premiere of the first season took place on August 6, 2020 on CBS All Access.