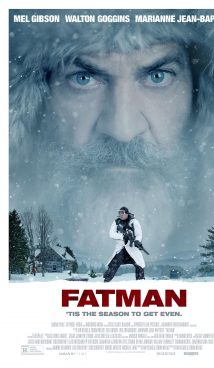 This winter, an unusual Santa Claus (Mel Gibson) will appear on the big screens – a bearded man tired of life with aggressive deer, eternally floundering sleighs and strange elves. Cooperating with the US Armed Forces, he also supplies weapons. So, it’s easy to guess that Santa treats his direct duties carelessly. Absent-minded, Santa Claus left a very unpleasant 12-year-old boy Billy with a piece of coal instead of a gift. An angry teenager hires a hitman to track down and finish off a bearded fat man. So, Santa’s already difficult life turns into a bloody battle.

The Fatman is a co-production comedy thriller. The world premiere of the movie will take place on November 13, 2020.