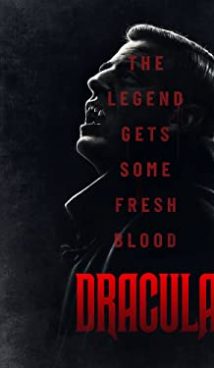 A brand new fantasy about the most famous vampire. This series of three episodes starts with a very familiar shot: a creepy castle in the mountains of Transylvania, home to the infamous blood-thirsty Count. Only this time, Dracula is portrayed as an aesthete who likes to dwell on the meaning of life and things, go on trips, for instance, on a Russian sailing ship or play with human lives just to spend the time until he finds himself in the streets of present-day London. Here, he will learn more about modern technologies and when the vampire smiley is to be used. In fact, this new series can be seen as a postmodern version of the eternal vampire story. Claes Bang was unanimously hailed as an actor for this series (he was also nominated for Best European Actor 2017). His count is not only a horrific monster but also a charming and attractive main character of the story, and not only an ever mystical threat to humans.

The only one season of ‘Dracula’ was premiered on January 1, 2020 on BBC One.

No. The first season represents the whole story, and the series will not be continued.

Most of the filming was carried out in London. As for the Dracula’s castle, the production team used Oravsky Castle in Slovakia. It’s not the first time that this place is portrayed as the vampire castle, in fact, the 1921 Nosferatu has already referred to it as Dracula’s residence.