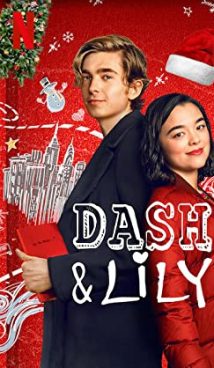 One day, on Christmas Eve, the gloomy young man Dash, a New Yorker to the core, decided to go to his favorite bookstore. Not fond of the holidays, Dash wants to avoid the Christmas frenzy. On one of the store shelves, the young man found a red notebook, which involved him in some exciting game. Lily, the owner of the notebook, enjoy the Christmas and even seems to be an overly enthusiastic person at times.

Dash and Lily start to communicate through a red notebook, coming up with challenges for each other. However, can a guy and a girl meet in real life? “Dash & Lily” is a cozy eight-part romantic comedy that is worth watching both during the Christmas season and in the summer days when the viewer wants to take a break from dramatic, action and fantasy TV shows.