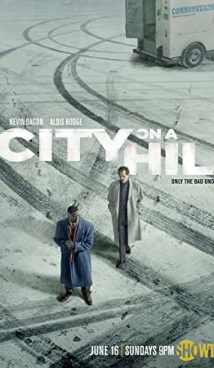 City on a Hill

The TV series shows American Boston in the early 1990s mired in crime, corruption and alienation. Since different law enforcement agencies cannot agree with each other, normal development of the city is not possible. However, Decorcy Ward (Aldis Hodge), the newly relocated District Attorney from New York, wants to change things for the better. Unfortunately, in his quest, he has to cooperate with the nosy Fed agent Jackie Rohr (Kevin Bacon). So, will this fragile alliance help in the struggle for the safety of the city?

City on a Hill is an American-made crime drama TV series. The first season of the TV show premiered on June 16, 2019 on Showtime.