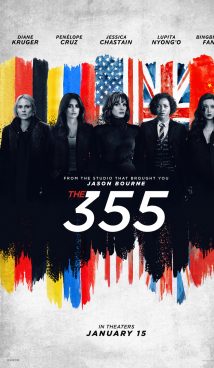 CIA agent Mame (Jessica Chastain) creates a team of strong and dangerous women, which – in addition to the American woman – includes: former MI-6 employee and hacker Khadija (Lupita Nyong’o), German woman Marie (Diane Kruger) and Colombian psychologist Graciela (Penelope Cruz). Trying to hunt down a secret weapon, the heroines notice that their every step is being followed by the Chinese woman Lin Mi (Fan Bingbing). Calling themselves the 355 Team, the women are trying to save the world.