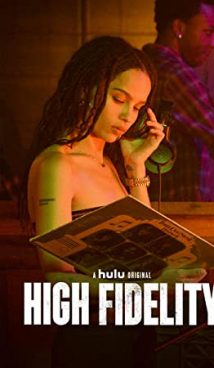 Robin Brooks (Zoë Kravitz) is a music fan and the owner of a vinyl store in Brooklyn. She’s also good at destroying her personal relationships, keen on making a Top 5 out of everything – may it be a vinyl she wants or men who made her suffer. Robin is all in all a typical example of a kidult, representing immature bohemia that are unable to figure out who they are in life.

‘High Fidelity’ is a free adaptation of the cult novel ‘Hi-Fi’ by Nick Hornby. The series’ producers changed the gender of the main character of the book and the time of events (from 1995 to 2020). As a result, we will marvel at a very attractive cast of the modern New York society with its Saturday brunches, parties in the nearby bars and slumbrous record stores.

An important character of the series is music. It is almost never interrupted. Moreover the soundtrack includes dozens of the most famous names of world pop music.