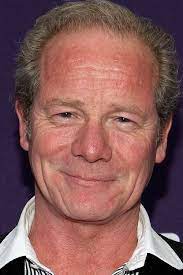 Peter Mullan  is a Scottish actor and filmmaker. He is best known for his role in Ken Loach's My Name Is Joe (1998), for which he won Best Actor Award at 1998 Cannes Film Festival, and The Claim (2000). He is also winner of the World Dramatic Special Jury Prize for Breakout Performances at 2011 Sundance Film Festival for his work on Paddy Considine's Tyrannosaur (2011). Mullan has appeared as supporting or guest actor in numerous cult movies, including Riff-Raff (1991), Braveheart (1995), Trainspotting (1996), Session 9 (2002),Young Adam (2003), Children of Men (2006), the final two Harry Potter films (2010–11), and War Horse (2011). Mullan is an art house movie director. He won a Golden Lion at 59th Venice International Film Festival for The Magdalene Sisters (2002), listed by many critics among the best films of 2003 and nominated for BAFTA Award for Best British Film and European Film Award for best film, and a Golden Shell at San Sebastián International Film Festival for Neds (2010). He is the only person to win top prizes both for acting (Cannes Best Actor award for My Name Is Joe) and for the best film (Golden Lion for The Magdalene Sisters) at major European film festivals. In television, he played a lead role in the 2008 ITV series The Fixer. Mullan appeared in Gerard Lee's and Jane Campion's 2013 miniseries Top of the Lake as Matt Mitcham, head of the Mitcham family and father of Tui Mitcham, whose disappearance is the main topic of the series. He was nominated for a Primetime Emmy Award for his work in the series. From 2016 to 2019, he starred in the BBC Two sitcom Mum, and from 2017 to 2018, Mullan appeared in the first two seasons of the Netflix series Ozark. In 2018 and 2020, he starred in the second and third season of HBO's Westworld in a recurring and guest capacity respectively. Also in 2020, he starred in the first season of the Netflix series Cursed. Mullan is also politically active, supporting many left-wing causes and protests.