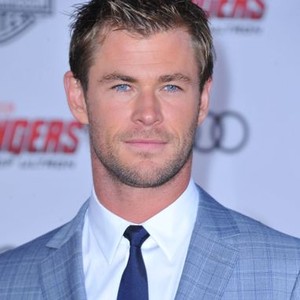 Christopher Hemsworth is an Australian actor. He rose to prominence playing Kim Hyde in the Australian television series Home and Away (2004–2007) before beginning a film career in Hollywood. In the Marvel Cinematic Universe (MCU), Hemsworth started playing Thor with the 2011 film of the same name and most recently reprised the role in Thor: Love and Thunder (2022), which established him among the world's highest-paid actors. His other film roles include the action films Star Trek (2009), Snow White and the Huntsman (2012), Red Dawn (2012), Blackhat (2015), Men in Black: International (2019), Extraction (2020), the thriller A Perfect Getaway (2009) and the comedy Ghostbusters (2016). Hemsworth's most critically acclaimed films include the comedy horror The Cabin in the Woods (2012) and the biographical sports film Rush (2013) in which he portrayed James Hunt.