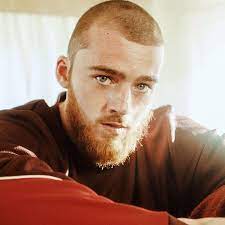 Conor Angus Cloud Hickey  is an American actor best known for his portrayal of Fezco in the HBO television series Euphoria. Angus Cloud originates from Oakland, California, although much of his family resides in Ireland. Cloud is the eldest of his siblings, and has two younger twin sisters. He attended the School of Production Design at Oakland School for the Arts, where he was a classmate of his Euphoria co-star Zendaya. While working at Woodland restaurant close to Barclays Center in Brooklyn, Angus was scouted by Euphoria casting director Jennifer Venditti. Cloud also premiered in the skate movie, North Hollywood as the character Walker.